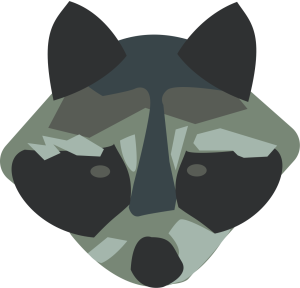 There are actually many diseases commonly found in both raccoons and squirrels, and in this article we will go over some of the most common ones, how they can be spotted, what their symptoms are, and how they should be treated. You can find more information on this matter regarding squirrels and raccoons at the corresponding links.

Yes, we all know about dogs infected with rabies In fact, dogs are indeed the most common carriers of rabies. But other animals can carry rabies as well. Raccoons are the leading cause of rabies caused by wildlife, making up a full forty one percent of all rabies cases in the wildlife. Raccoons can transmit rabies through their bites and scratches. Signs of rabid raccoons may include an unsteady gait, foaming at the mouth, and erratic behavior. Simple being active during the daytime is NOT a sign of rabies. But fear not!It is extremely rare for anyone to die because of rabies caught from a raccoon. In fact, according to the Center for Disease Control, only one, that’s right one, death by the raccoon stream of rabies was ever recorded. In fact, that infected raccoon will be dead by three days, tops. Same goes for squirrels. By squirrels, it is actually extremely rare for them to even carry rabies, though it could happen. So don’t be overly concerned about squirrels and raccoons with rabies.But, of course, if you do see a raccoon or squirrel exhibiting signs of rabies, make sure to report it. Certainly, if you were bitten by a raccoon or squirrel, make sure to get medical assistance as soon as you can.

Leptospirosis, caused by the bacteria Leptospira, is a disease commonly found in rodents, such as raccoons, as well as squirrels. Symptoms range from mild, such as mere headaches, fever, and muscle pain, to severe, including sometimes liver failure. Leptospirosis is transmitted through contact with the animal’s urine, or through contact with earth saturated with the animal’s urine. An average of seven million to ten million people infected with leptispirosis are reported each year, although the amount of actual deaths are unknown. If you are experiencing any symptoms of leptispirosis, such as rashes, fever, and headaches, certainly if you or someone else with these symptoms are also experiencing yellowing of the eyes, and you have reason to believe that you had some contact with an animal’s urine,make sure to seek medical assistance immediately.

Raccoons are also natural hosts to a certain type of larvae called baylisascaris, which means that although there are no symptoms when still in the raccoon, when transmitted to humans, can have deadly effects. Also known as the raccoon roundworm, it is transmitted through the raccoon’s feces, and can cause extreme damage to the brain, as well as a rare disease called visceral larva migrans. If you or anyone you know is experiencing any of the symptoms of the raccoon roundworm, and has ingested raccoon feces or anything that may have come into contact with a raccoon’s feces, make sure to seek medical assistance immediately. Some of the symptoms include nausea, dizziness, skin irritation, and respiratory discomfort. So, although animals are cute, extreme caution must be taken whenever interacting with our furry friends.